Many of my friends have noticed that I often start a sentence by saying: ”I was listening to this podcasts…”. Truth is, I spend hours listening to podcasts each day and as such they have become one of my main sources of random information. Some people ask me which podcasts they should start with, if they wanted to take up listening as well - which lead me to put together a series of blog posts about the podcasts I listen to.

First, there’s something you need to know. A huge part of how much you enjoy listening to podcasts is what app you use. Personally I only listen on my iPhone, so I can’t be of much help when it comes to picking iPad, Mac, Windows or Android clients. A decent fallback option is iTunes for desktops and Podcasts (by Apple) on iOS, which isn’t enough for my needs.

Now, to the content. It would only make sense for me to present my favourite podcasts in the order in which I discovered them. My very first one was The Vergecast, but I couldn’t stick with it for too long due to frequent sloppiness of its hosts (they rarely bothered to look up facts before discussing topics).

The Talk Show by John Gruber 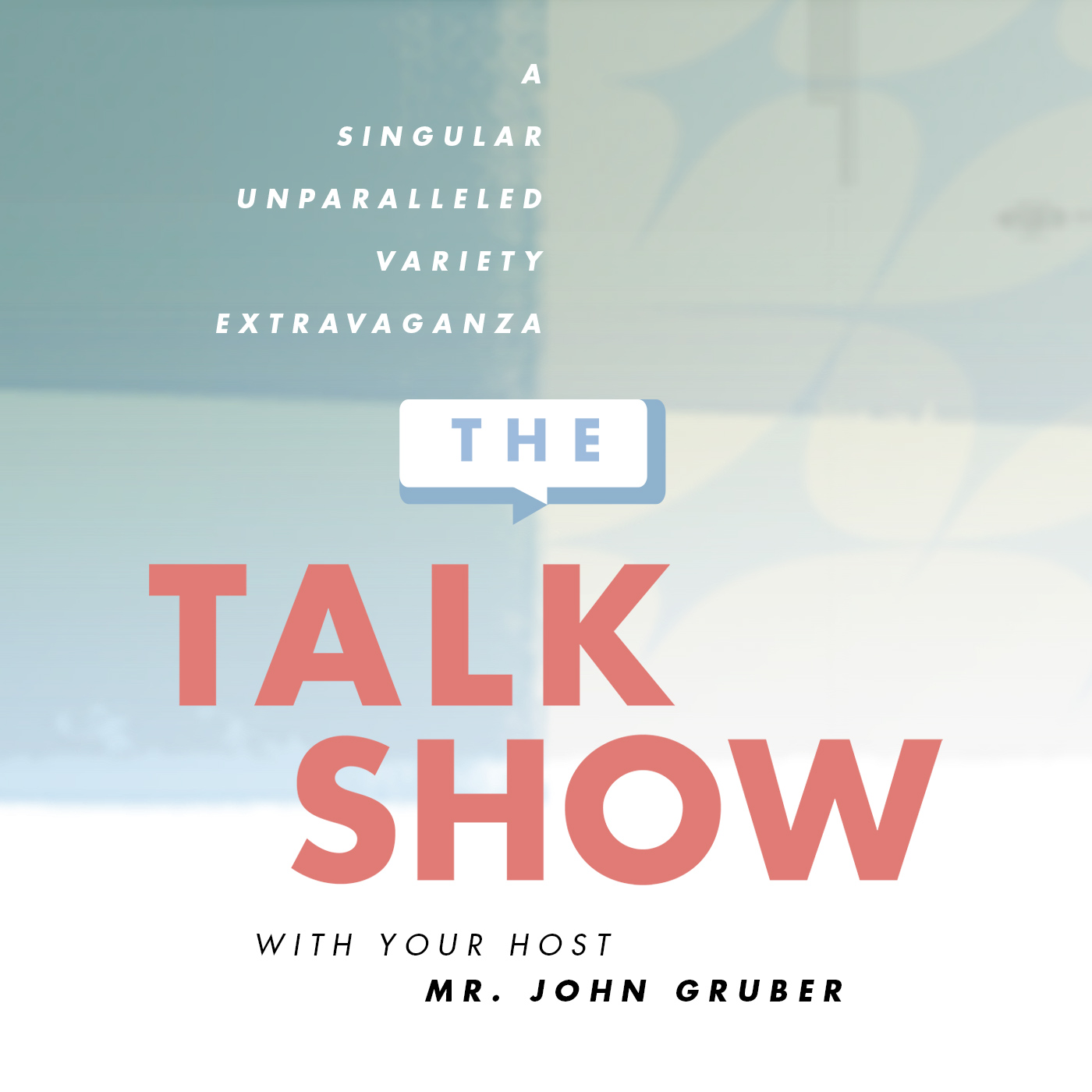 My very second podcast was The Talk Show hosted by John Gruber, the author of Daring Fireball. Back in 2011 John still recorded his show at the 5by5 network with Dan Benjamin. It used to be a pretty boring show, before John moved the podcast to Mule and eventually became independent last year.

For the past four years, however, the show has been steadily solid with great guests (Gruber finds a different guest each week, even though people like John Siracusa, Dan Fromer, Ben Thompson and others have appeared on the show multiple times). The usual format is a 2-3 hour … talk show - very true to its name. Episodes usually come out weekly, but Gruber doesn’t have a problem with missing a week or release episodes on random days each week. But even though it’s one of the longest shows I listen to, it never feels like the hosts are stretching it or run out of topics. Hell, I sometimes even wish they would keep going.

The topics mostly revolve around Apple news, but Gruber isn’t one to be afraid to go on a tangent. Anything from whiskey, baseball and politics flies whenever the host and the guest feel like they have interesting views to present. Although some people perceive Gruber to be an Apple apologist, he isn’t afraid to criticise Apple heavily when something doesn’t feel quite right to him.

The main reason I listen to this particular show is the consistently great guests which all have different points of view to share. Gruber has been getting better at amplifying the guests’ strengths over the years, resulting in The Talk Show climbing in my top podcasts list all the way up to Top 3. (Luckily, Overcast lets you set your few favorite podcasts to always appear at the top of the queue, while sorting the rest chronologically). If you’re not familiar with who John Gruber is, I suggest you take a look at this talk about his site and his life at XOXO (embedded below). He’s very intelligent, a great writer and unafraid to challenge the status quo. (I realize how cliche this sounds but once you get to know his work you realize how true this is. I mean, he started writing about Apple in 2002! If that isn’t the opposite of mainstream, I don’t know what is.)

I will warn you right here, however. You will not like the show if you can’t stand a good amount of jokes, informal language with a smudges of cursing, getting deep into inside-baseball on Apple matters and some sarcasm.

If you’re fine with all of the above, I believe it might find its place in your playlist as well. In my case, whenever a new episode of The Talk Show pops up in Overcast before my daily commute, I pause everything else, hit play and enjoy the ride.

The latest episode as of writing is embedded right below for a convenient quick tasting!